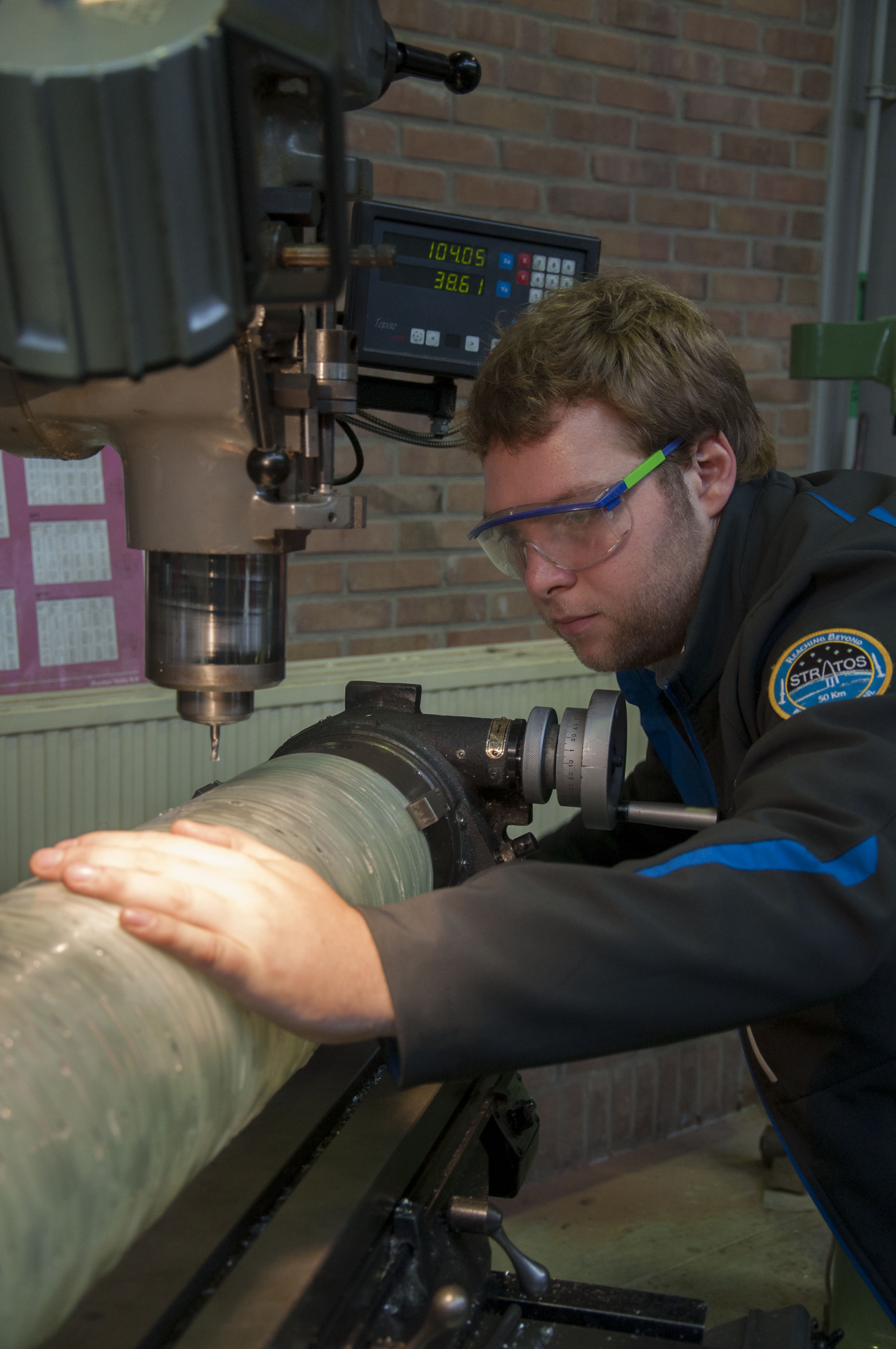 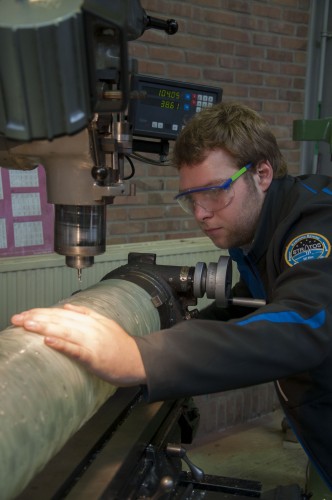 Machining activities on the body tube

Recently we received two very nice 1.5 m long, heat resistant fibreglass epoxy composite tubes from Teakle Composites for the Stratos II rocket. The tubes were originally intended for both the payload and parachute compartment. The nose-cone supplied by Futura Composites however already contains a tube section used for the payload bay. Still, one of the Teakle tubes has been used for the special bolt-adhesion connection that should minimize the risk of delamination during production and launch. The second tube will also be prepared as a backup for the load carrying skin and the parachute bay.

The tubes have been filament wound on one of the company’s mandrels in accordance to a specified layup design. The winding was finished with several layers of plastic tape to improve the external surface quality. After curing, the tubes were checked to be up to spec and then shipped across the globe to arrive at our workshop.

Teakle Composites is a company stationed in Acacia Ridge, Australia. They design, analyse, prototype and manufacture glass- and carbon fibre composites for a wide range of applications, including aerospace applications like solid propellant rocket motors, nose-cones and scram jet intakes.