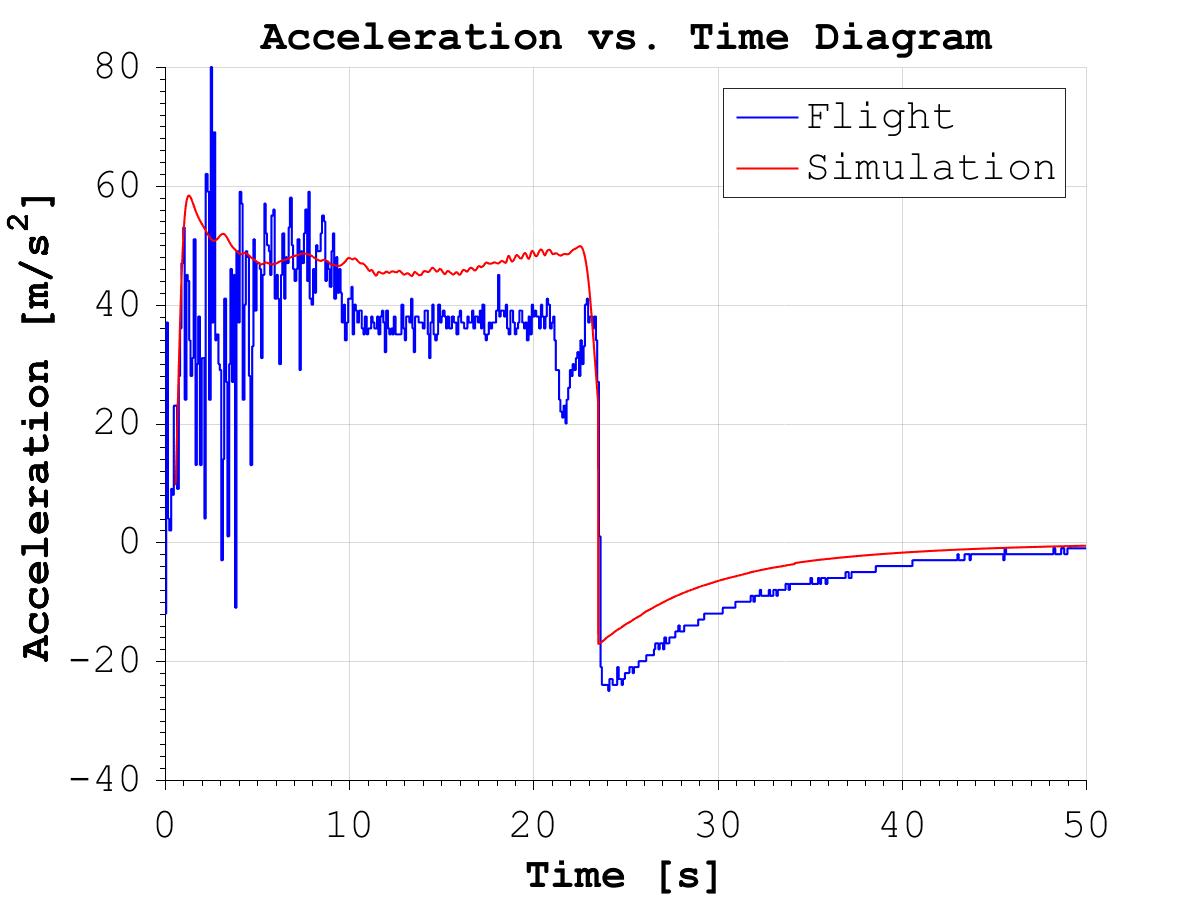 On the 16th of October 2015, at 16:33 CEST Delft Aerospace Rocket Engineering launched Stratos II+ to a record altitude of 21.5 km capturing the European student altitude record. This milestone in the history of DARE happened six months ago today. In the past 6 months a team composed of Stratos II+ veterans and new student worked on different topics related to this event.

Firstly the data of Stratos II+ was analyzed in order to find reasons for the under performance of the rocket. A thorough analysis was carried out and two main reasons were discovered. The rocket was rotating during its ascent with about 2 Hz, causing a vortex that pushed the liquid nitrous oxide to the wall of the tanks. At a certain point into the burn, the core of the vortex reached the bottom bulkhead of the tank and instead of burning liquid nitrous oxide, gaseous nitrous oxide was burned giving a lower engine performance. The blue line in the figure below shows flight accelerometer data of the Stratos II+ rocket. 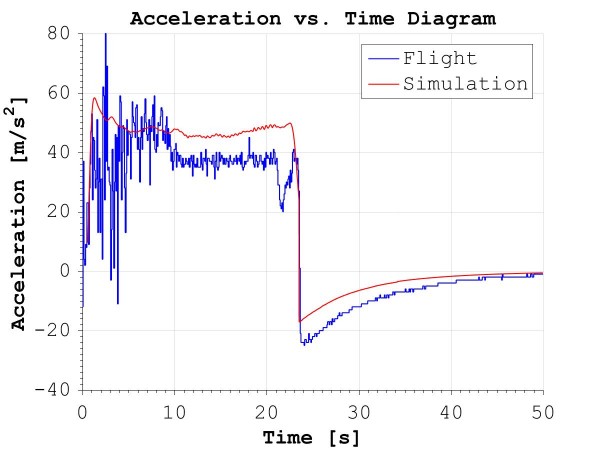 In the last few seconds of the burn (around 20 seconds into the burn)  a dip in acceleration is observed indicating lower thrust. Furthermore, comparing flight data to simulation data it becomes clear that the flight data shows lower accelerations indicating that the drag of the rocket was underestimated. This discovery resulted in an adaptation of the simulation, results are shown in the figure beneath. 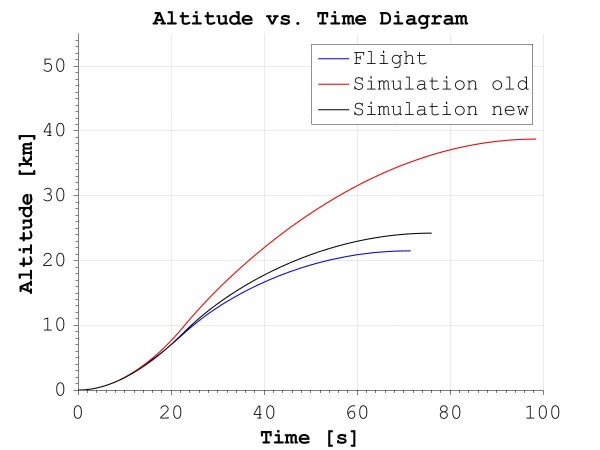 The new simulation shows a much better estimation of the altitude compared to the old simulation used during the launch campaign in 2015. On this basis, new rockets can be designed with an accurate simulation tool for initial scaling.

Secondly a mock up of the Stratos II+ rocket was build. This mock up rocket is a 1:1 scale replica of the rocket that reached the record altitude and will be exposed at the Hannover Messe and later on permanently in the D:Dreamhall at TU Delft. It will show new DARE members and visitors of the D:Dreamhall, what students are capable of.

Thirdly work on the new Stratos project namely Stratos III. Currently four possible improvements are investigated and depending on their performance in tests and their flight readiness level they will be implemented in the new Stratos III. These four improvements are: composite materials for the tank, active control system, newly developed hybrid main engine and a second stage. Stratos III has a different approach than Stratos II+. The main goal is to launch in summer 2017 and break the European student altitude record once again. We will keep you updated about the latest developments concerning this project on our website. Stay tuned!