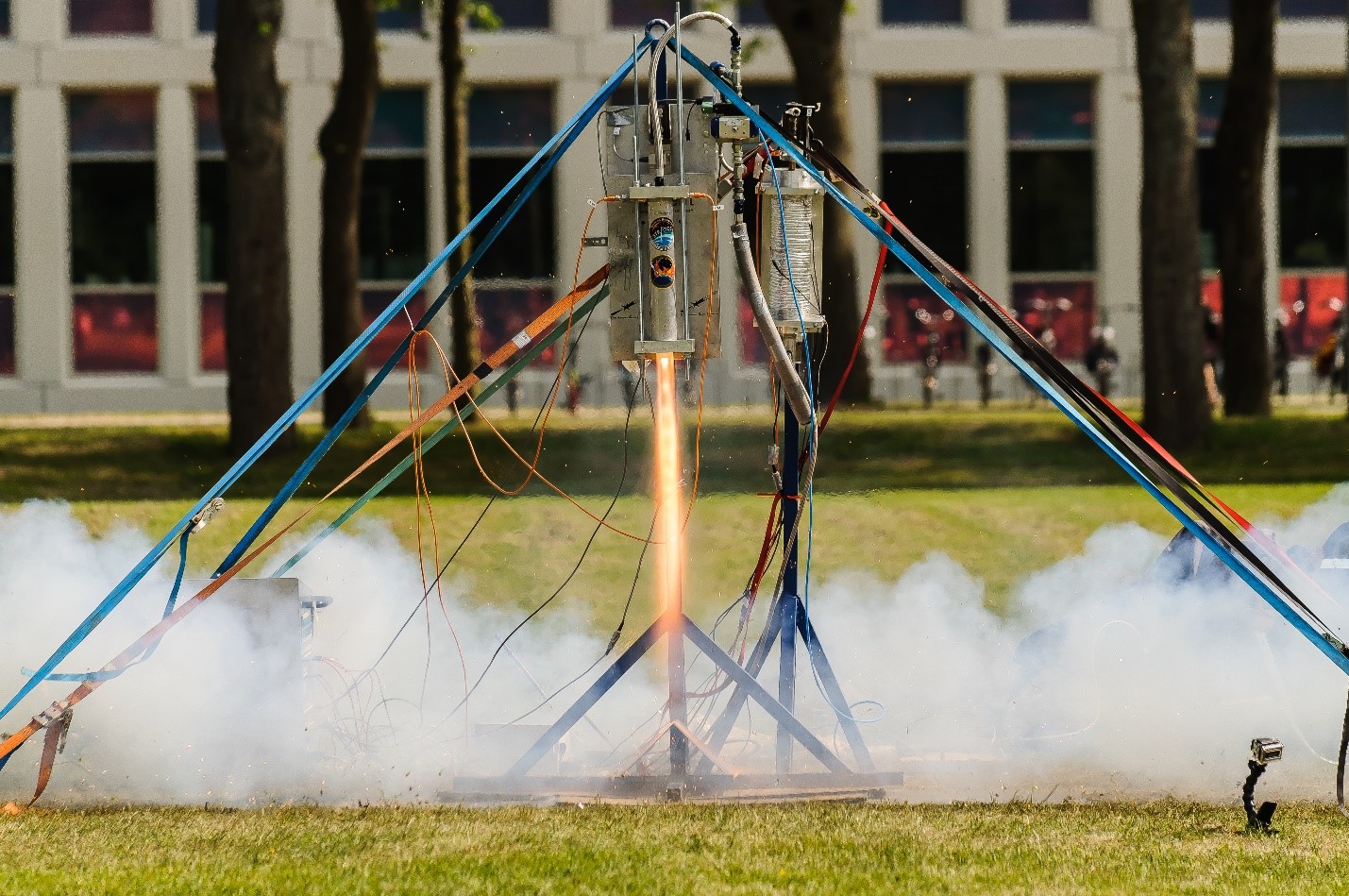 On the road to Thrust Vectoring

On June 2, the hybrid propulsion team performed three tests with an updated design of the DHX-4 `Phoenix’. Two designs aimed at a longer burn time, so that the engine could be considered for the Thrust Vectoring Minor 2017.  A third concept continued on the old design philosophy with the addition of a graphite mixer, to evaluate its performance. This is a new concept for the DHX-4, as a mixer has never been tested before in this engine. 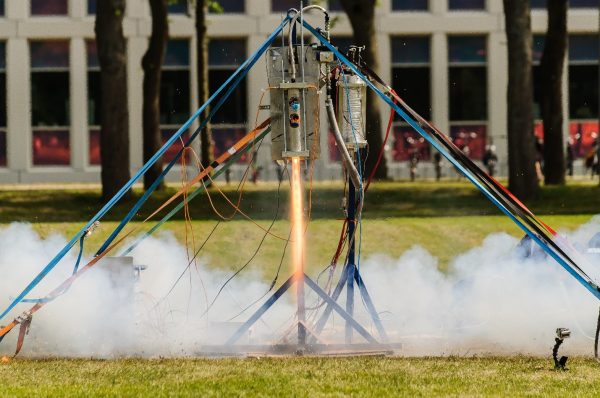 Testing of engine 3, containing a paraffin-sorbitol-aluminum fuel and mixer to increase circulation.

The first engine which was designed for an 11-second burn started promising, with an almost constant thrust level. However, after 5.5 seconds, a thermal failure of the chamber wall was observed. This was caused by the nitrous oxide impinging the chamber wall due to the swirl of the injector. Also, due to the small throat area of the nozzle, the average chamber pressure during the burn was observed to be 42 bars. An average chamber pressure this high was also not seen before in the DHX-4 engine.

Due to the failure of engine 1, it was decided to burn the second engine only for 5.5 seconds to avoid the chance of a failure of this chamber. This engine was designed for a slightly higher mass flow rate and a lower chamber pressure. This chamber did not fail, and the burn was successful.

Finally, engine 3 was fired, which had a paraffin-sorbitol-aluminum grain and a mixer. This engine configuration was tested to evaluate the added performance caused by the mixer. The mixer increases the circulation of the flow in the chamber (as well as the pressure) which leads to a higher regression rate of the fuel. Results of the test obtained with the mixer were compared with one of the Stratos III Small Scale Tests, were a similar fuel grain and injector were used. The table below shows the significant increase in chamber pressure, thrust and characteristic velocity for the engine configuration with the mixer.

The next static fire test for the hybrid propulsion team is scheduled on June 16. Make sure not to miss this test!

Did you already see the test? Check out the full video down here!