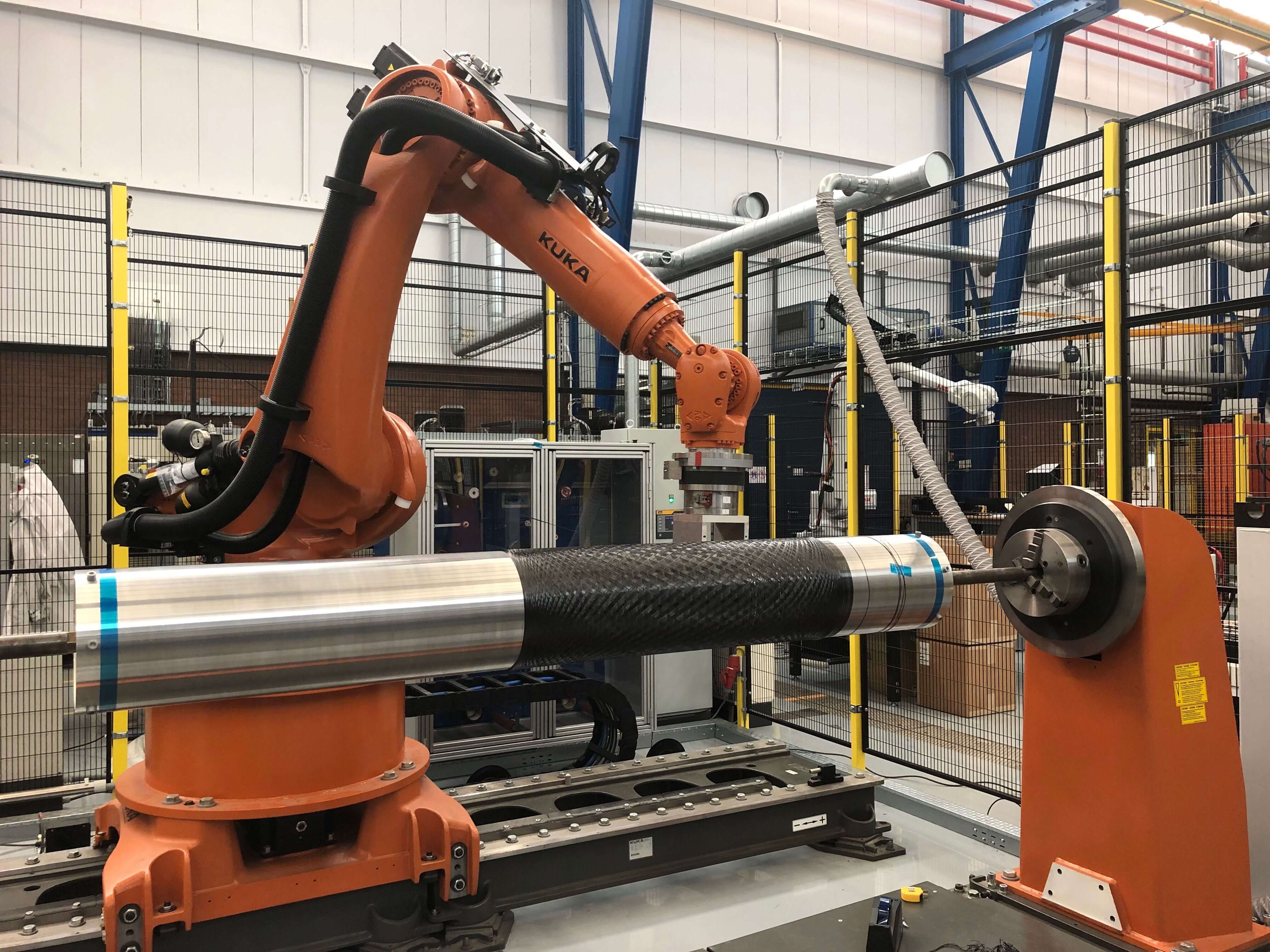 Over the last few months the structures department of Stratos IV have been finalizing all the designs and iterations. The production has started and the first few tests of some systems have already taken place. We started 2019 with the biggest parts of the rocket, the oxidizer tanks. These aluminum carbon overwrapped tanks were first welded with the help of the welding department of Fokker Services in Woensdrecht, then we wound the aluminum with carbon together with Plastic Omnium in Belgium. When the tanks were prepared, the next step was to give them a post-cure for extra strength, which took place in the ovens of Airborne.

When the tanks were finished, we started working on the smaller structural components of the rocket. Most of the sections are housed in a carbon fiber shell. A first version was tested in compression to validate our simulations, after said test the 3 shells necessary for the rocket were fabricated. At the same time, we spent quite some time on making a very precise mold for our nosecone, which will be produced out of Twaron. To test if this new material would work, a tensile test campaign took place, resulting in accurate values to use in our simulation. Furthermore, all these composite shells and the interface rings between all sections have been finalized and sent to our production partners. With Exactmetal for the interface rings of the Engine Bay and several components for the propulsion department, and Precimax Special Products B.V. for the interface rings of the separation system. The interface of the nosecone section will be made in-house in the coming weeks.

In addition, together with the propulsion department, we have been working on the composite combustion chamber. For this, we have been working together with the Delft Aerospace Structures and Materials Laboratory to set up the filament winding machine for our combustion chamber. Having a finished prototype and we are now working on the final mold to start producing test worthy chambers, which will happen in the next month.