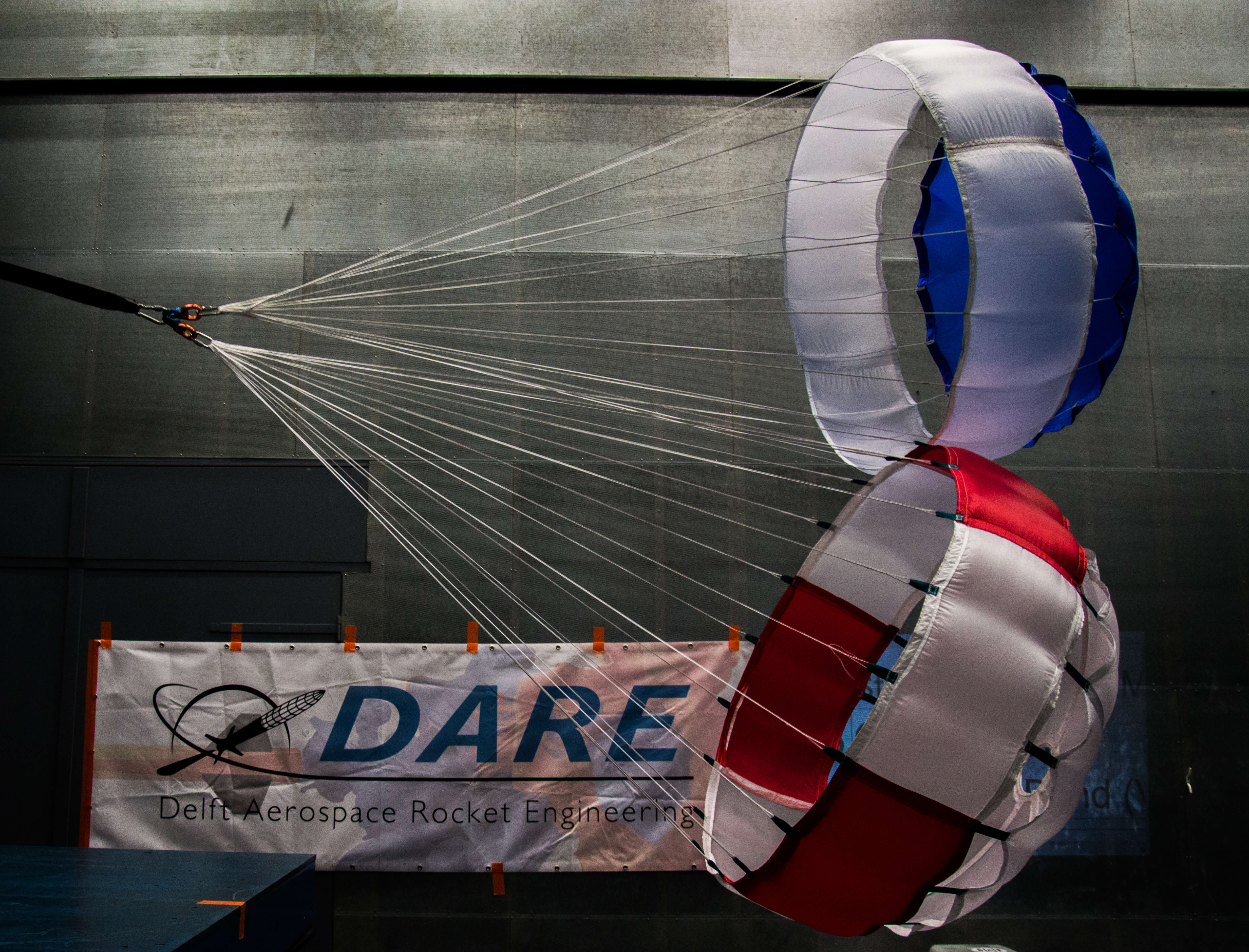 Stratos IV is being designed to break records and reach space. To see how successful the mission was after its launch, the flight data needs to be saved and recovered. With this flight data, future Stratos missions can be developed to reach higher goals each time by learning from past experiences – therefore, the recovery of the nosecone is of utmost importance.

On the 11th of March 2019, the main parachute was tested in the wind tunnel of the TU Delft. This test was successful, as the parachute performed better than expected regarding stability and drag, which is the reason a Disk-Gap-Band was chosen. It provides sufficient drag while remaining stable due to its geometry, which lets some air pass through decreasing the turbulence of the flow. Besides the actual behavior of the parachute, the deployment of the Disk-Gap-Band with the bag and pilot chute was tested, which also showed the expected behavior. This means that the wind tunnel test was a successful one. In the coming months, a reserve main parachute will be made as well as
the drogue parachute, both will be tested in the wind tunnel for validation.