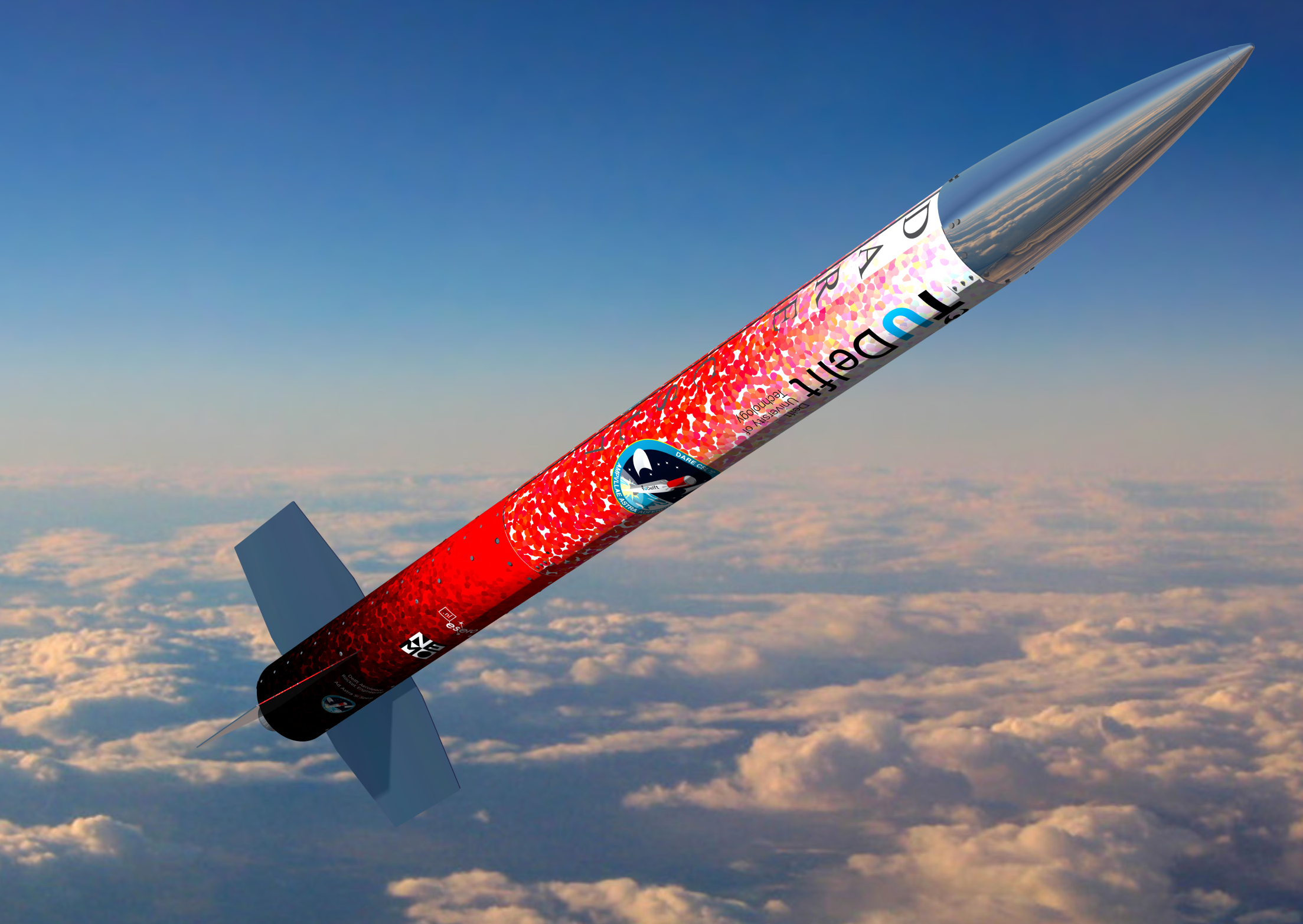 Every year Delft Aerospace Rocket Engineering organizes the Small Rocket Project (SRP). This program is tailored around first year students, and teaches them the basics of rocketry. Within the four month multidisciplinary project, the teams go through an end-to-end design, eventually resulting in the launch of their rocket in May. All rockets carry a raw egg which should be recovered as a primary mission. However, also a secondary mission is selected, about which we will learn more in articles!

We are the SRP-team TBD (To Be Determined), consisting of six first-year students from Aerospace and Mechanical Engineering. In essence, we are boldly going where many have already gone before. What distinguishes us, however, from the other teams is that our rocket will be able to actively stabilize its roll by ailerons at the bottom of the fins. Furthermore, at apogee, the rocket will split up and a hemispherical parachute will be released. Which will guarantee a save descend for the egg in the nosecone filled with foam.

Our team, called project hangover, has chosen as its secondary goal (after bringing the egg back safely from 1 km) to transmit live data from the rocket in flight. This data consists of altitude, orientation and GPS position measurements. Using this data we’ll able to plot the trajectory of the rocket live on the ground station inside a Google Earth-like environment, aiding recovery. The transmitted data will be saved on the ground station as a backup in case the on-board storage fails, increasing redundancy.

Naturally, the primary objective of any SRP rocket is to safely launch an egg to a kilometer height and land it again afterwards (ideally still intact). But the goal of team BFR is to do so in an innovative way that goes beyond the technologies previously seen in the SRP. The BFR (Barely Functional Rocket) will be the first SRP rocket in DARE’s history to have a recovery system based on a fairing deployment system mirroring those used by NASA and ESA. The fairing separation will be documented by an on-board camera whose footage will form the essence of the long-anticipated SRP after movie.

For our small rocket project, we had three main design goals in mind: a modular construction, a two-stage parachute and telemetry. All of these decisions proved difficult to design around, but we now have a plan for a rocket which we believe will accomplish all the missions. Using LoRa radio, we will send data back to a ground station to validate that our rocket has reached the target altitude of one kilometer. With the help of a drogue chute and a larger main parachute, we hope to bring the uncooked egg safely back to earth.