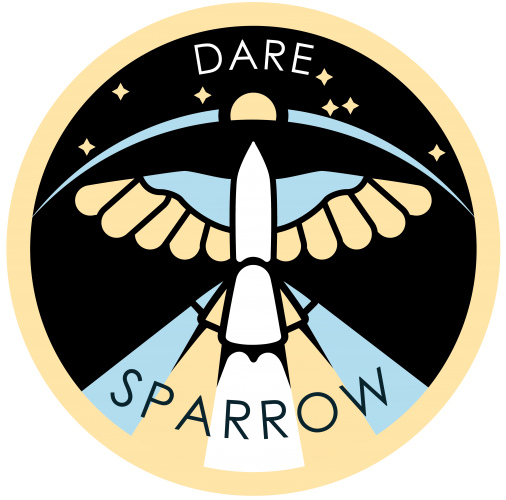 ORIGINS of Sparrow
Join Us

The engine, called Firebolt, will surpass the hybrid-fueled Nimbus engine, which is used in DARE’s Stratos IV rocket. It will be powering the next generation of DARE’s high performance rockets. This opens up possibilities for DARE to continue its effort in building rockets aiming for the von Karman line, and eventually enabling DARE to become the first student organisation to send a rocket into orbit around Earth.

Project Sparrow is fully run by a team of students, 9 of them working on the project full-time and 22 as part-time engineers.

Without the support of our partners, this project could never have happened.

While the Stratos IV project was preparing for its launch, DARE turned its eye to the future. Having seen the limitations of a hybrid engine system, it was decided that a liquid fueled engine shall be developed, and that it shall have active thrust vector control (TVC).

In the future this will enable DARE to go orbital, with engines based on the lessons that will be learned from Project Sparrow.

Where We Stand Now

Testing has started! After four test campaigns and a two second DLX-150A hot-fire, we are well underway to testing our 3D printed DLX-150B engine. Sparrow is currently aiming at a second DLX-150A hot-fire test around springtime, allowing us to get comfortable with the system and, with enough data, plan a subsequent DLX150B hot-fire.

This is the DLX-150B Firebolt, DARE’s first liquid-fueled engine. Burning 6.2 kilograms of liquid oxygen and ethanol per second and producing 15 kN of thrust. The engine is regeneratively cooled, with the ethanol flowing through 84 cooling channels in the chamber. These channels are built around the chamber walls. Normally this leads to a complex manufacturing process, but the DLX-150B is 3D printed from Inconel 718, by our main sponsor, Materialise. Due to the engine’s small size the throat will experience such extreme heat that additional cooling is required. This is accomplished using film cooling, where a fraction of the ethanol from the cooling channels is injected directly into the chamber. There, it forms a thin cold layer, protecting the nozzle walls from the extreme heat. 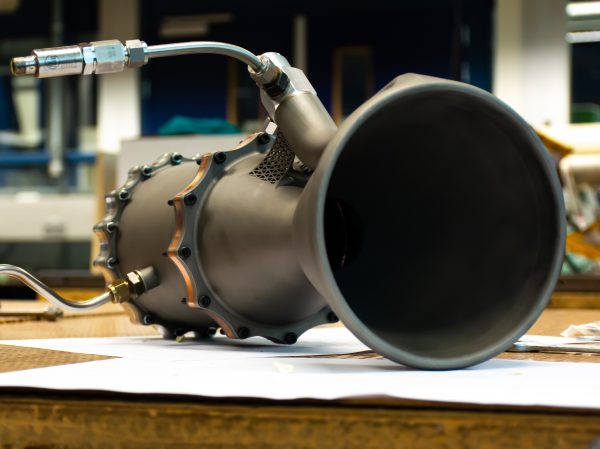 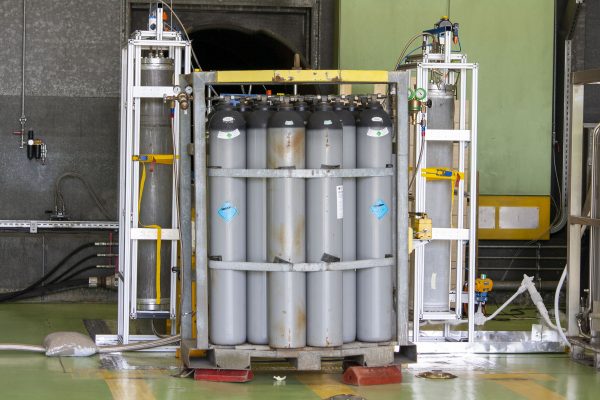 The engine operates at a chamber pressure of 50 bar. For the propellant to flow into the chamber it must have a pressure higher than it. To do this, the oxidizer and fuel tanks are pressurized, using Nitrogen gas, to 65 bar and 84 bar respectively.

In the picture on the left, all the tanks in the system can be seen. The leftmost tank is the ethanol tank, and the ice-covered tank on the right is the LOX tank, in the process of chilling. The nitrogen used to pressurize the tanks is supplied by the big bundle in the middle.

As the air density is low at high altitudes, aerodynamic control surfaces are no longer effective. Therefore, different means of control are required. Thrust vector control allows a rocket to control its attitude with its engine, instead of only with control surfaces. The DLX-150 engine will be DARE’s first thrust vector controlled engine. This will be achieved by gimbaling the entire engine using two linear actuators, changing the direction of thrust, which, itself, will make the rocket turn.

In the image on the right, the DLX-150B engine can be seen assembled into its test configuration. 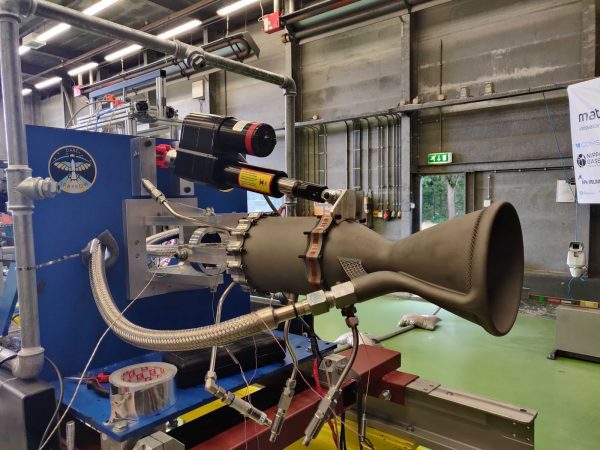 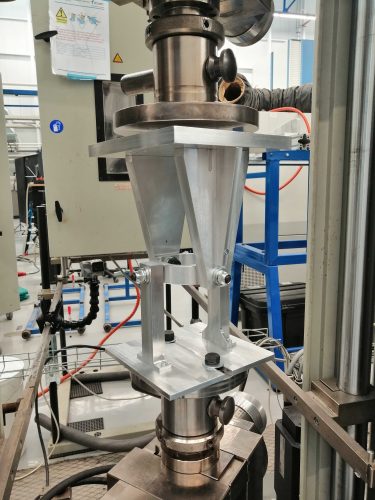 TVC Gimbal mounted in a press for validation

The image on the left shows the TVC gimbal, just before it was tested to destruction. This was done to make sure that it is strong enough to survive the thrust of a running engine. While the gimbal ring was destroyed in this test, it failed well above the required load, meaning that the design passed the test. 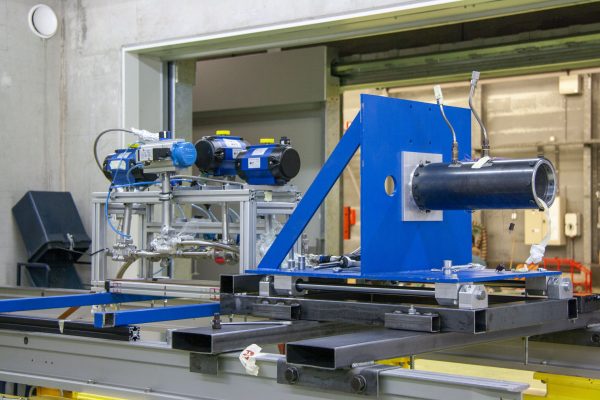 Test Setup with DLX-150A engine mounted onto the thrust bench.

The thrust bench is the structure to which the engine is mounted for testing. It is equipped with load cells to measure thrust. As testing a rocket engine requires a safe and controlled environment, testing takes place in a test cell at a military facility in the Netherlands. This facility is normally used to test the jet engines used by Royal Netherlands Air Force.