Delft Aerospace Rocket Engineering is developing hybrid rocket technology since 2006. All systems to date utilize nitrous oxide as the oxidizer and sorbitol-based fuels. Development of hybrid propulsion systems in DARE started with the Satinê engine featuring a unique tube-and-rod design and an aerospike nozzle. Even though the Satinê engine was never fired, it was an interesting concept and boosted the interest in hybrid propulsion within DARE.

In 2010 project DAWN was initiated in order to provide the future Stratos II rocket with a simple and easy-to-use hybrid propulsion system that would pose as an alternative to the then favored 2-stage solid propellant concept. By 2013 this development had resulted in over 30 static test fires of the labscale motor and 2 flights of the “Morning Star” rocket derived thereof.

Currently all hybrid rocket technology development is focused on the Stratos II motor, the “DHX-200 Aurora”. It is derived from the “Morning Star” technology and has been tested in 10 static test firings between 5 and 25 seconds at test facilities of TNO Rijswijk and DLR standort Trauen.

The Morning Star with an engine of the same name was the first hybrid rocket built by the society to fly. It was flown in 2011 with pure sorbitol fuel and again in 2012 with enhanced performance and the Stratos II fuel combination of sorbitol, paraffin wax and aluminium. 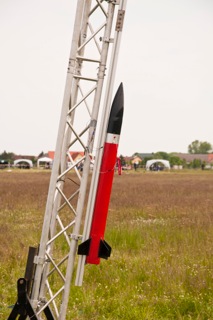 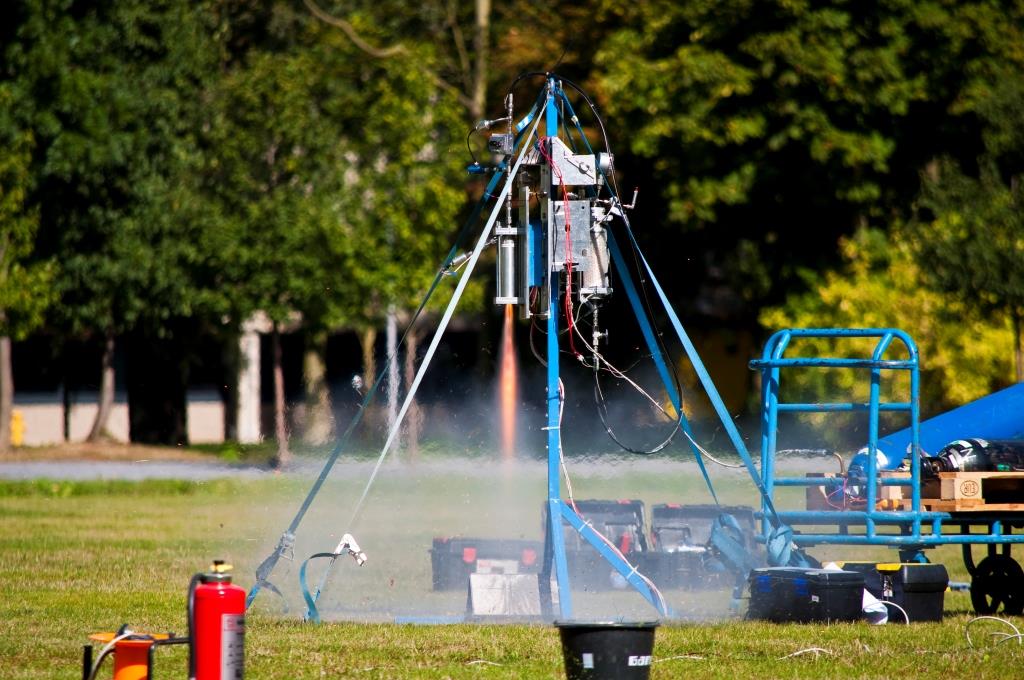 The Labscale motor was DARE’s first venture into hybrid-fuel motors and the second after solid propulsion systems. With the testbed various fuel and oxidiser combinations were tested and analysed to expand DARE’s knowledge on the specific operation of hybrid engines. Over 30 static tests were preformed on the engine. Statistics given were for the final test engine used to test the intended fuel for Stratos II.

The DHX-200 Aurora Engine was DARE’s most powerful engine up untill the developments of the DHX-400 Nimbus. With a peak thrust that can lift a small car, it was designed to propel the Stratos 2 rocket to an altitude of 50 kilometers.