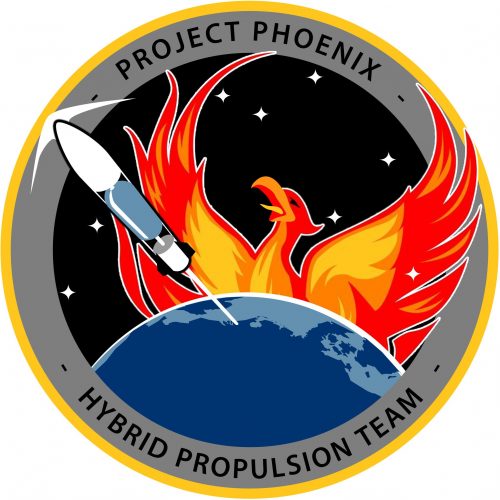 Delft Aerospace Rocket Engineering has been developing hybrid rocket technology since 2006. In 2010 project DAWN was initiated and by 2013 this development had resulted in over 30 static test fires of a labscale motor and 2 flights of the “Morning Star” rocket derived thereof. With the success of project DAWN, it was decided to use a hybrid rocket engine for the Stratos II rocket, which lead to the development of the DHX200-Aurora engine. In October 2015 the DHX200-Aurora engine was used to launch the Stratos II+ rocket to a record breaking altitude of 21,457 meters.

After the launch of Stratos II+, many of the experienced members of project DAWN were graduating and leaving DARE. However, to ensure that the knowledge about Hybrid rocket engine technology within DARE was kept alive, project Phoenix was initiated. Project Phoenix is currently focused on the development of a 4kNs Hybrid rocket engine carrying the same name. The idea behind the DHX4-Phoenix engine is to have a robust test bed to test out new Hybrid engine technologies. These technologies may then be used in a future “Stratos-class” rocket. Besides serving as a test bed, the DHX4-Phoenix is designed to be fully compatible with the CanSat V7 rocket.

In December 2015 a critical design review was held and based on the valuable feedback the team got, the design was improved. In the same month a successful pressure test was performed at ALE to validate the design of the oxidizer tank. After this successful test, the team started manufacturing and assembly of the complete engine. The old test bench which was used for the DAWN labscale engine tests was refurbished to accommodate for the bigger DHX4-Phoenix engine. From July 2016 until September 2016 multiple full scale test campaigns with multiple engine tests were performed in order to validate the design. In the future more tests will follow to improve the design and to test new technologies for a stratos-class engine.

*Due to the fact that the DHX4-Phoenix is used to test new technologies and engine configurations, the performance parameters vary from test to test. Stated here are the initial design parameters 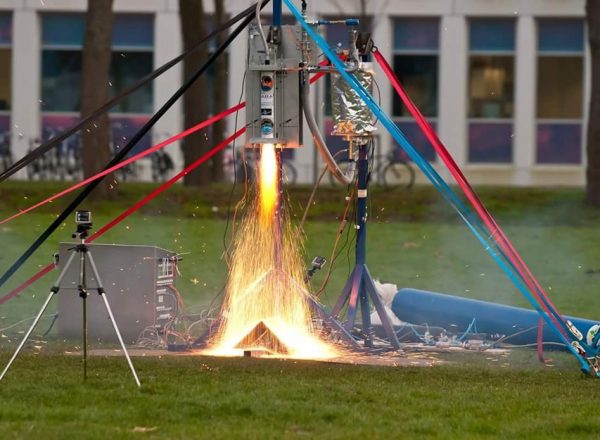