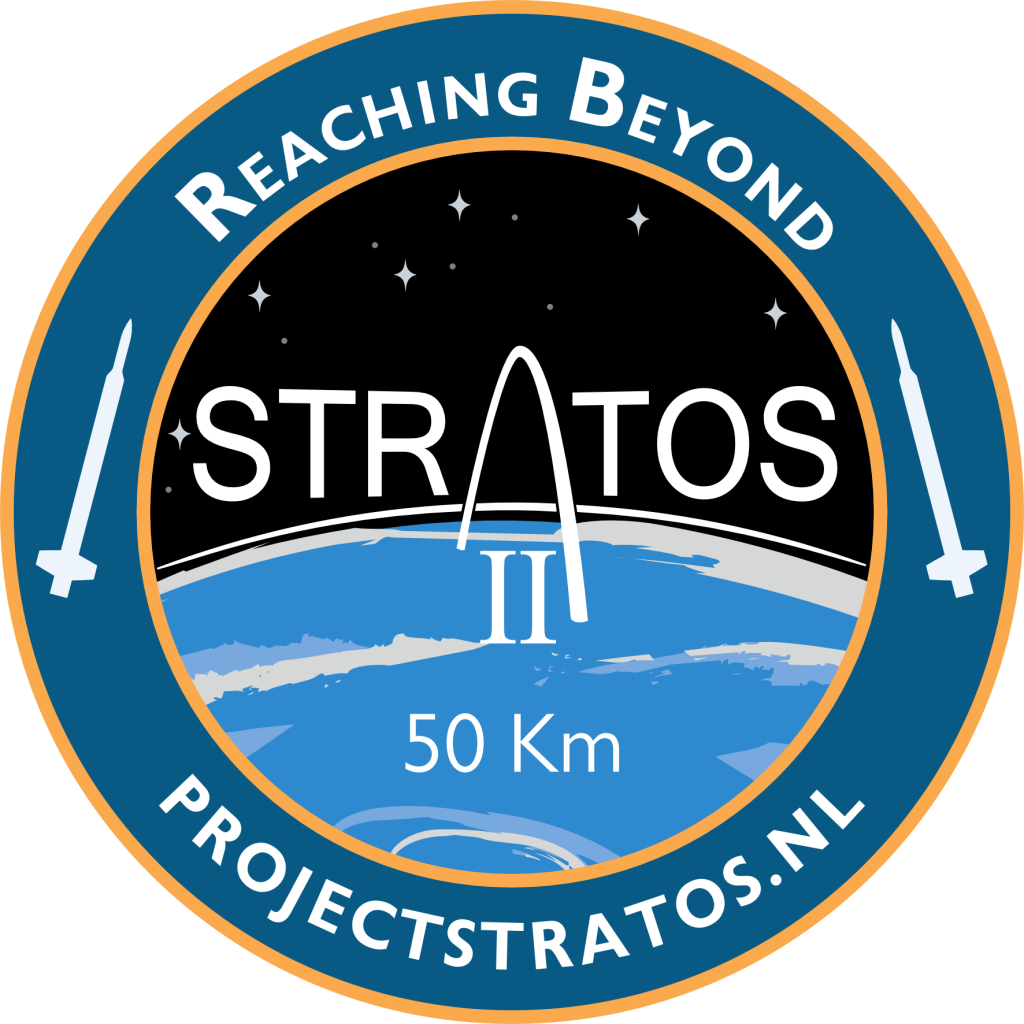 Stratos II+ is the name of the student built rocket with which DARE reached 21.5 km altitude on the 16th of October 2015. The rocket was launched from the El Arenosillo base of INTA in the south of Spain and is the latest step in Project Stratos which aims to fly a student built sounding rocket to the edge of space at 100 km altitude. The Stratos II+ rocket carried scientific experiments and broke the European altitude record for amateur rocketry. Project Stratos is a student project of Delft University of Technology.

After the successful launch of the Stratos I, the dream to go much higher began to take a more concrete shape. An altitude of 50 km was considered to be the next milestone on the road to space, since it involved more complex systems but was technically within reach of the society. The rocket that would have to reach this milestone for us, was going to be the Statos II. With the support of Airbus Defence and Space Netherlands, which became the project’s main sponsor in 2012, the development of the Stratos II was kicked up a gear.

In 2014 we attempted to launch the Stratos II. Unfortunately, the rocket suffered a misfire due to a leak in the oxidiser feed system. As a result of this leak, the main valve between the oxidiser tank and combustion chamber froze shut. So after a successful ignition, the engine did not fire up.

Now, with the lessons learned from the Stratos II launch campaign the team decided to get back to the drawing board. Here they put the obtained experience to use. Over the course of the one year, the team addressed bottle necks, redesigned critical components, and performed more and new tests of the different subsystems. Due to the amount of changes and improvements in the design, we felt the new rocket deserved a new designation, so it was rechristened as Stratos II+.

Like the Stratos II, the Stratos II+ was designed to fly up to break the European altitude record carrying a scientific payload and to be recovered after the launch. Because hardly any of the required systems can be bought of-the-shelf every single subsystem was designed and developed in-house. This made the Stratos II+ project one of the most technically advanced student projects at the TU Delft. It combines high power experimental propulsion, sub- and supersonic aerodynamics, advanced safety systems, telecommunication, supersonic re-entry, recovery systems and international coordination with a foreign launch site.

In total, the Stratos II+ had a length of 6.9 metres, with most of this length taken up by its single stage hybrid rocket engine. This engine, the DARE developed DHX-200 Aurora, runs on nitrous oxide as oxidiser and a mixture of sorbitol (coffee sweetener), paraffin (candle wax) and aluminium powder as fuel. It has a total impulse of 180 kNs and a total burn time of around 23 seconds.

A dual parachute system was housed in capsule section of the rocket. The first of the two parachutes was was a small drogue parachute, which released just after apogee (the highest point of the trajectory) to stabilise the rocket during the supersonic descent. The second parachute was the main parachute, which took care of most of the deceleration to ensure a soft touchdown in the Atlantic Ocean.

In the upper section of the nose cone the flight computer, power- and data management systems, down-links and commercial payloads were situated. The flight computer and telemetry were in-house developed and measure various system parameters such as tank and combustion chamber pressure, accelerations, atmospheric pressure, the orientation of the Earth’s magnetic field, and the power being consumed by the different subsystems.

All of the important subsystems were subjected to ground testing during various test campaigns. Most notable here are the test campaigns during which the hybrid rocket engine was static (ground) tested. In total we performed fourteen test fires at the facilities of TNO Rijswijk in the Netherlands and DLR Trauen in Germany.

On the 16th of October 2015, Stratos II+ was launched from the El Arenosillo launch site in the south-west of Spain. This launch site is owned and operated by the Spanish space agency: the INTA (Instituto Nacional de Técnica Aeroespacial).

Stratos II and Stratos II+ were built by a group of Bachelor and Master students at Delft University of Technology. While most come from the study of Aerospace Engineering, almost all faculties are represented.