The Solid Propulsion team has existed since 2009, and has provided the solids rocket engines for many of DARE’s rocket launches. These include the two-stage engine for Stratos I, and the reliable Small Rocket Project and DX-1 engines, the latter of which is used in the CanSat and ACT rockets. 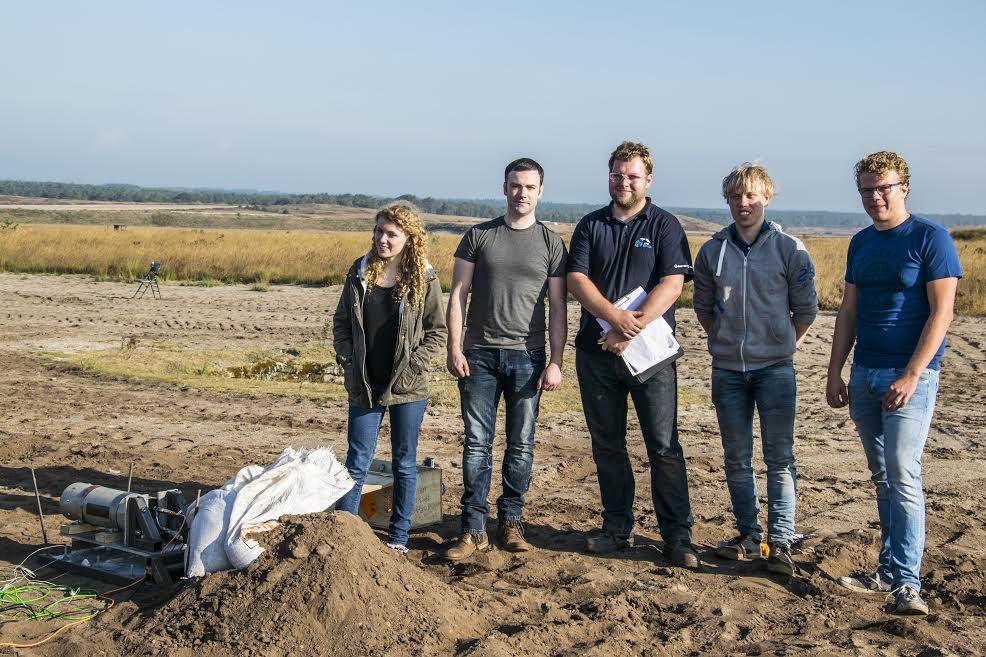 In 2018 the team began the development of the DXS (DARE eXperimental Solid) Icarus Engine, the largest solid propellant engine the society has ever built. It is designed for use in the Aether rocket, one of DARE’s research vehicles, designed to reach supersonic speeds at low altitudes.

The DXS Icarus’ propellant is KNSB (“Rocket Candy”), which consists of sorbitol as a fuel and potassium nitrate as an oxidizer, with a six-legged star shaped core, ensuring a high initial thrust.

The DXS Icarus is the successor to the DXS Asimov. Between the two projects a number of improvements have been made to the casting and design which has led to an increased success rate. By vacuuming and compressing the propellant during casting, grain densities of ~97% of theoretical density have been obtained. The nozzle has been replaced with a steel nozzle, the core shaped changed to a star, and the flight casing will be carbon fiber.

The next phase of the DXS Icarus development, is to scale up to a full-scale motor. This motor will contain 7 of the previously tested grains, a total of 40.2 kg of propellant. The first tests of this motor will be battleship tests in thick aluminium casings, before switching to the flight composite casing. During this time, the team will also work on the ignition system of the DXS Icarus and the integration of the engine into the Aether rocket.

For over a decade, the Solid Propulsion Team has been investigating solid propellants and developing rocket motors. Some of the notable projects include:

The predecessor to the Icarus engine and the original engine designed for the Aether launcher. It used “Rocket Candy” as a propellant, and the grains were in the BATES configuration. It had a glass-fibre engine casing, a new nozzle design—manufactured from pertinax and aluminium—and an igniter system consisting of a commercial ammonium perchlorate grain housed in a 3D printed basket, a pyro-bolt and two squibs.

Several single grain motor and igniter tests were performed successfully, however, a successful full-scale test was never achieved. This was deemed to be the result of casing and propellant grains quality issues and some design flaws due to incorrect simulations.

All these issues have been addressed in the design of the Icarus engine, but were sufficient for the Asimov project to be cancelled.

In addition to developing engines, the team has also performed research into propellants, which led to the development of our own solid propellant: ALAN-7 (Based on Ammonium-nitrate and Aluminium), fully characterized for a member’s master thesis.

Even after the move back to potassium nitrate propellants, the team does not exclude the possibility of exploring ammonium nitrate engines again after the completion of Icarus.