The first Stratos rocket was launched from Kiruna, Sweden in 2009. This two-stage, solid propellant rocket reached an altitude of 12.3km, which at the time set the European altitude record for student rocketry. Stratos II, the successor of Stratos I, was meant to fly even higher than that, but unfortunately did not lift off due to a misfire of the engine. This lead to a redesign of the rocket, namely Stratos II+. Launched in October 2015 from an INTA facility in Huelva, Spain, Stratos II+ flew to an altitude of 21.5km, breaking our own record set by Stratos I.

The record was broken by the Hybrid Engine Development from Stuttgart, Germany, setting it to 32.3km. Consequently, DARE decided to combine the knowledge that was gained during the Stratos I and Stratos II projects to develop Stratos III, which was being designed to go well beyond that boundary and improve the European student altitude record. The rocket was launched on the 26th of July 2018 from INTA in Spain. 20 seconds into the flight it encountered an anomaly and the vehicle disintegrated. The Stratos IV team heavily recognized the hard work of their predecessors and decided to build upon it with a new rocket. It was meant to launch in the Fall 2021, but ground system difficulties prevented the vehicle from taking off. The Stratos team has decided to embrace a new challenge and build the Stratos V rocket! 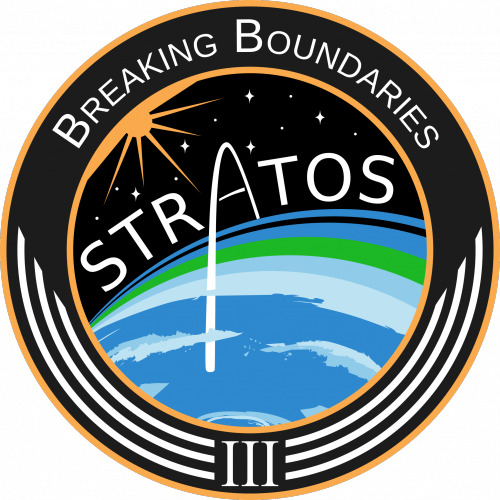 Just after the launch of Stratos II+, the HyEnD student team took the European student altitude record to Germany. As a response, the Stratos III project was started, aiming at bringing the altitude record back to Delft. Although the 330 kg vehicle lifted-off picture perfect, an anomaly occurred at roughly 10 km, resulting in a rapid unscheduled disintegration of the vehicle.

The Stratos II rocket was the first large hybrid launcher built by DARE. The vehicle did however not lift-off due to a frozen oxidizer valve. Stratos II+ was the answer to Stratos II in 2015, and successfully launched to 21.5 km, breaking the European student altitude record set by Stratos I.

At the end of August 2018, work on Stratos IV began. The team was determined and committed to achieving their mission: “Design, build, test, and launch a rocket which would break boundaries in Fall 2021.”. Unfortunately, ground system difficulties prevented the vehicle from taking off